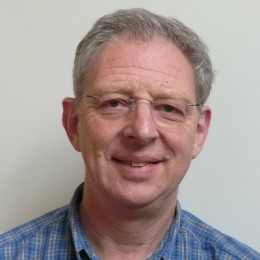 Nick Kingsbury received the honours degree in 1970 and the Ph.D. degree in 1974, both in electrical engineering, from the University of Cambridge. He is a Fellow of the IEEE.From 1973 to 1983 he was a Design Engineer and subsequently a Group Leader with Marconi Space and Defence Systems, Portsmouth, England, specializing in digital signal processing and coding  theory. Since 1983 he has been a Lecturer in Communications Systems and Image Processing at the University of Cambridge and a Fellow of Trinity College, Cambridge. He was appointed to Professor of Signal Processing in 2007 and is head of the Signal Processing and Communications Research Group.

Nick Kingsbury's current research interests include image analysis and enhancement techniques, object recognition, motion analysis and registration methods. He has developed the dual-tree complex wavelet transform and is especially interested in the application of wavelet frames to the analysis of images and 3-D datasets.  Recent work has concentrated on the use of sparsity in the complex wavelet domain for non-linear regularization of inverse filtering processes, and the use of efficient variational-Bayes iterative solution methods that produce rapidly converging order-N solutions, suitable for use with large datasets.